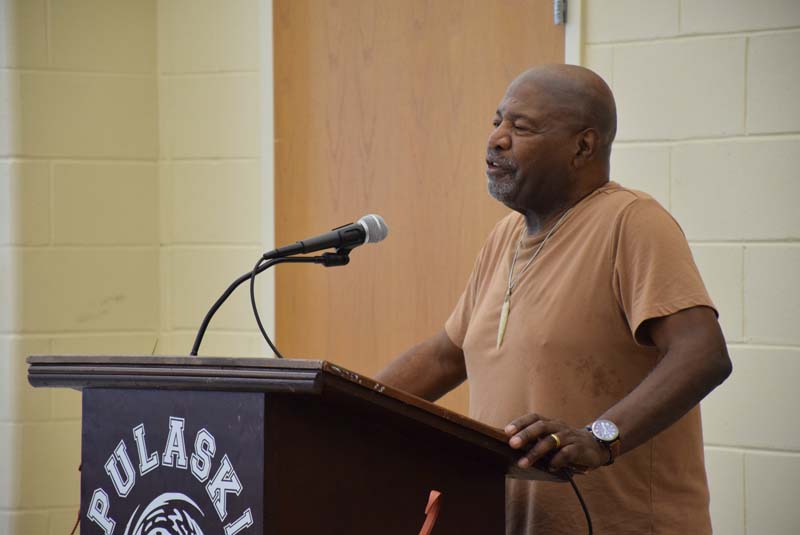 Students at Pulaski Street School came together to honor Juneteenth during an essay contest celebration. Community activists and the East End Voters Coalition held the contest, which is in its 15th year, to recognize and celebrate Juneteenth.Students were tasked with writing an essay or journal entry from the perspective of a slave that had just learned about the emancipation proclaiming freedom for enslaved people in Texas. Nearly 200 essays were submitted, and three students were named winners – Fabian Vazquez-Basurto, Nolan Bruen and Mckayla Bozza Carroll. The winners read their essays aloud to their peers and received certificates.Through this contest, students were able to learn about the history of Juneteenth and our nation, while developing their writing skills.