The N.J.R.O.T.C. Program at Riverhead High School began in 1974 as a satellite unit from Southold High School. In 1976, the Riverhead N.J.R.O.T.C. received its own charter and broke away from Southold. In 39 years of existence, the Riverhead N.J.R.O.T.C. Unit has become well known throughout the ten northeastern states of area four. The unit promotes leadership development, self-discipline, physical fitness, teamwork and community service. Cadets participate in a variety of activities such as drill competitions, air rifle, physical fitness outings, community service, military orientation trips, and social events such as the annual military ball. The unit has earned numerous unit and individual citations, awards, and trophies at area and national armed and unarmed drill, academic and athletic competitions. Riverhead High School N.J.R.O.T.C. has earned the Chief of Naval Education and Training (CNET) Distinguished High School unit award for 2001/2002 and 2002/2003. Riverhead N.J.R.O.T.C. has also won the CNET Unit Achievement Award in 2009/2010 and 2010/2011; as well as being named as the most improved unit in the area and 3rd most improved in the nation for school year 2004/2005. Our unit has earned the Distinguished Unit Award for being one of the top 11 out of 52 schools in Area 4 for the years 2005/2006 and 2006/2007. The unit has recently won Distinguished unit award for the years of 2013, 2014, 2015, 2016, and with honors in 2018. 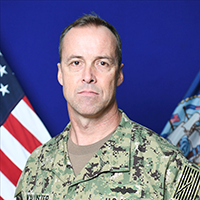 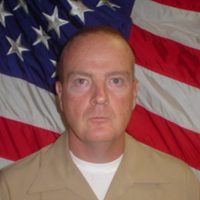 NS-1 Orientation: Freshman cadets (Naval Science 1) are invited to come into the school prior to the beginning of the academic year to get a basic introduction to Riverhead NJROTC. Senior cadets return and instruct the NS-ls in the Chain of Command, unit procedures, very basic close order drill, and issue uniforms. The two days are not mandatory but provide a valuable acclimation period before the hectic months of freshman year.

Back to School Night: Upperclassman cadets act as ushers for Parents attending the annual back to school night. They assist parents in finding specific classrooms pertaining to their child’s school schedule.

September Family Social: All of the families of the cadets are invited to come down to the High School cafeteria one night in September to enjoy a potluck dinner and social event. This gives the families a good chance to get to know each other and offers plenty of information to the parents of new cadets. The Parent Support Group (PSG) will also be on hand to discuss parent participation in the ROTC program.

Parades: RHS cadets are required to march in the homecoming and Memorial Day parades as part of their quarter grades. Those who participate in band will march with ROTC for homecoming and band for Memorial Day. During homecoming parade for those who are on the football team, they will be with their team and receive an excused absence.

BLT: BLT is an optional training event that takes place early in October. While the camp is set to create an environment of controlled stress for the cadet, it is also one which facilitates a huge amount of learning. Cadets will be introduced to military drill, knowledge, inspections, PT systems, and the chain of command, as well as learning self-discipline, followership, and teamwork. Part of the weekend is devoted to a ropes course run by an accredited outside company which fosters confidence and the ability to deal with situations outside the cadet’s normal comfort zone.

Rotary Service Events: Riverhead cadets take part in several community service events sponsored by the Riverhead Rotary club throughout the year. These events include a pancake breakfast, spaghetti dinner and fair clean up. All of this voluntary service goes toward cadet community service and the cadets who do an exceptional job are rewarded by the Rotary at the end of year awards ceremony.

Orientation Trips: Cadets travel to both Shinnecock Coast Guard Station and Westhampton Air National Guard base where they see actual military units in action and are able to ride the respective vehicles of the different detachments. These trips broaden the cadet’s knowledge on how diverse the branches are.

Outdoors Events: Each year the unit takes a non-military oriented trip to Shelter Island. This trip is designed to be a relaxed environment for cadets to develop camaraderie and enhance cadet relationships while emphasizing physical fitness. The itinerary of events will include kayaking, hiking and bike riding over the course of a weekend.

Drill Meets: Drill team cadets are required to come to these events, but all of our cadets are welcome to come and support our competitors while watching other schools and meeting various non-Riverhead cadets. The unit competes in an average of four competitions which last usually all day on a Saturday. Depending on unit success at preliminary events, the unit may be able to compete at regional and national competitions which are often overnight trips.

Navy Ball: The Navy Ball provides cadets with a chance to relax with their friends and enjoy an official party. The beginning section is based in military tradition with an arch of swords and a table of honor explanation. After the ceremonies, the cadets are invited to enjoy a catered dinner and hours on the dance floor. This also a social build for cadets, where cadets learn how to communicate and socialize.

End of Year Awards: The unit hosts an awards ceremony in early June. Parents and families are invited to see the cadets receive unit and other organizational awards as well as enjoy dinner and socializations as the year comes to a close. At this dinner, there is also the change of the staff.

Leadership Academy/Sail Training: Area 4 Leadership Academy occurs every year at NTC Newport. It is a two week program created by area 4 leaders and run by instructors from all over the Northeast. Selection is competitive and based on all aspects of a cadet including, but not limited to, Academics, Drill, PT, Leadership and Attitude. The Riverhead unit is guaranteed two slots, but may receive more based on spot openings. LA/ST graduates are the only cadets authorized to wear the coveted Silver Cord!

Freshman Cadets: Freshman Cadets do not generally take on billets as their job is to learn as much as possible of how the unit is organized and operates, as well as its customs and courtesies. They should act as the work force in the different departments to decide what they like best and wish to do for the rest of their time in the program. Upon selection for a billet, generally towards the end of freshman year, they will be cleared to ascend to the rank of cadet Petty Officer 3rd Class.

Squad Leaders: Squad Leaders are junior cadets who have shown enough responsibility, initiative, and ability to assume their first leadership role. These cadets should be model junior cadets, up to date on knowledge and drill, showing up at all events, and wearing the uniform correctly and at all times required. There are three in each platoon.

Assistant Platoon Commander: The assistant platoon commander is culled from a platoon’s squad leader and is the senior enlisted person for that platoon. He or she is responsible to aid the Platoon Commander in managing all facets of the platoons operations. The Assistant is also required to act as an advisor to the platoon’s junior cadets, dealing with their welfare, morale, and problems to make sure the unit is running at optimal efficiency.

Platoon Commander: As an officer, the platoon commander is responsible to take care of everything in a platoon. They relay orders from the Unit Staff and take part in organizing and running the unit. It is their responsibility to develop the platoon to the best of their abilities.

Departmental Positions: There are four different departments in the RHS NJROTC program; each follows the basic command structure outlined here. The departments are as follows: Admin, Armory, Public Affairs, Training and Supply.

Departmental Chiefs: Chiefs are the second in command of their departments and are required to assistant the officers in planning and execution. They should know everything about the departments and be ready to stand in for the officer in case of his or her absence.

Executive Officer: The XO is the number two cadet in the unit and is therefore responsible for all its operations and activities. Specifically though, the XO’s job is to oversee the unit staff to make sure the departments are coordinated and effectively working together towards the unit goals. They must also be ready to stand in for the Commanding Officer in his or her absence.

Operations Officer: The OPSO is another voice in the planning of unit operations and should be familiar with all the running of the unit. They are primarily responsible to make sure activities are executed properly. They should strive to improve the unit to the best of their ability and act as a resource for all other cadets.

Drill Team: Drill team is Riverhead’s largest competition team. Practices run on Monday, Wednesday, and Friday mornings at 0630 in the gymnasium, with extra practices occasionally scheduled before meets. NS-1 Cadets will learn basic drill for the first part of the year and then be able to compete, and lead, a freshman drill routine and color guard. Senior cadets will be able to participate in a variety of events including squads and platoons, both armed and unarmed, inspections, PT teams, and color guards. The unit competes in four competitions in an average year where they travel to host schools and spend a day competing in all of the aforementioned events.

Color Guard: Color Guard practices are held after school. Practice dates depend upon the commander and are held at least three times a week from 1405 – 1500. Varsity cadets mentor the NS-1 team for the beginning of the year until the NS-1 commander feels ready to practice on his or her own. Color Guard practices are mandatory everyday after school at least two weeks before a drill meet depending on how prepared the team is. There is a branch off of Color Guard to perform at ceremonies throughout the community, but a cadet must have three prior practices in the position they have signed up for.

Air Rifle: Air Rifle is held after school two days a week. Air Rifle Postal competitions are done in the Riverhead NJROTC classroom. For the Air Rifle Postal there are at least two teams of four. The team is run under safe range standards and allows cadets to practice marksmanship in the standing, sitting, and prone positions.

Academic Team: The academic team is an offshoot of the drill team. Academic Team competitors compete both at drill competitions and with regional and national postal tests. There are no scheduled practices but team leaders can schedule time for review, or assign tests and readings to be done at home. Material comes right from the Naval Science text books and curriculum.

PT team: There are two components to Riverhead’s PT program. All cadets are invited to attend workouts lasting about an hour after school. For some drill meets and for PT postals selected cadets will meet and run the required events. Events vary between competitions, but often include pushups, sit-ups, and mile to mile-and-a-half runs.

Armed Trick: Armed Trick is for those cadets dedicated to the Drill Team. ALL cadets must be proficient in unarmed basic as well as armed basic in order to meet the advanced rifle requirements of Armed Trick. All cadets participating in Armed Trick unless doing a school sport, are required to attend at least one of PT sessions each week. (If you are on a sports team but wish to show your dedication to the armed trick team as well as physical fitness team by showing up to these practices, you may do so). Also, NS1’s wishing to learn armed trick will be given an orientation at the end of the year and selected based on unit participation as well as drill proficiency by the armed trick commander our unit instructors.