Cris is on the path to a professional soccer career, currently waiting on offers from Major League Soccer teams, having previously played for three years with the New York Red Bulls Academy and then three years with New York City FC Academy. As a result, this is the first time Cris has been eligible to play at the high school level, an opportunity he has enthusiastically pursued this year.

“This truly is a new experience and environment that I am so excited to be a part of,” said Cris. “Whether its games or just being at practice, I am happy to be out there and giving it my all alongside my teammates who I grew up with here in Riverhead.”

Cris began the season at right back but was quickly moved to his natural position of right midfield, serving as an attacking midfielder. In this role, he became the team’s leading goal scorer and helped the Blue Waves capture a number of victories.

Coach Evan Philcox noted the positive impact Cris has on the team with not only his skills but his determined approach as well. “It is amazing when your hardest worker and most competitive player also happens to be the best skills-wise, as is the case with Cris,” said Coach Philcox.

Coach Philcox added, “The best part of the job is watching these kids get better, not only growing as players and teammates but as people as well. We have had an enjoyable season so far, and with the dedication this team has displayed and Cris at the helm, we have some thrilling games to come!” 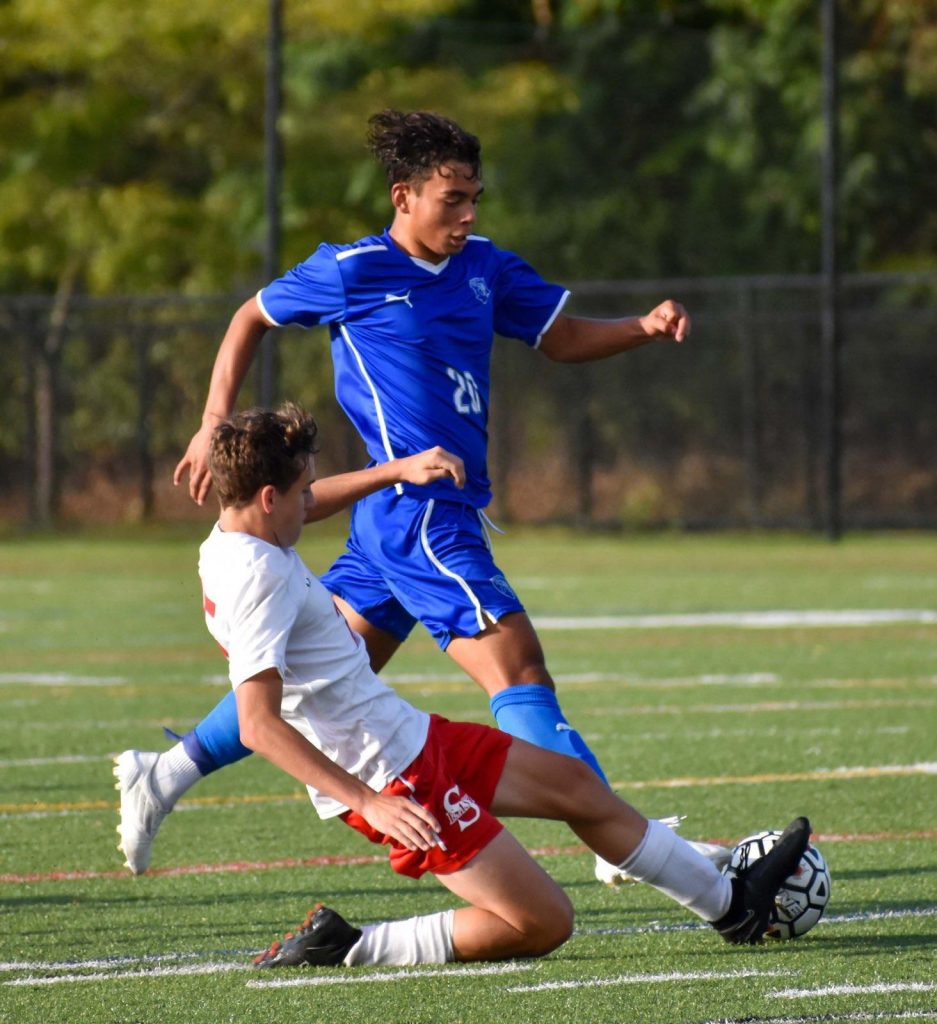