Riverhead Students Walk in Say No to Drugs March 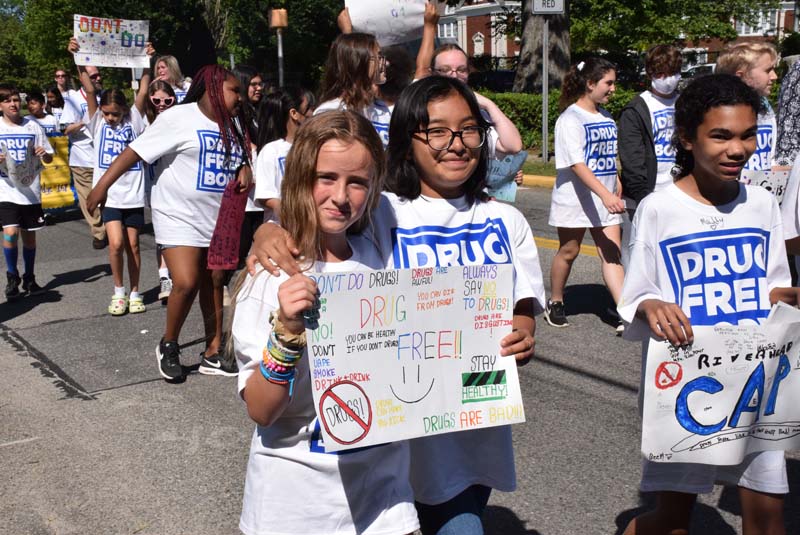 Riverhead students paraded outside of Pulaski Street School on June 10 for the 35th annual Say No to Drugs March, sponsored by the Riverhead Community Awareness Program Inc. (CAP). Students dressed in shirts that read “Drug Free Body” and held signs that promoted healthy decision making as they marched down the streets of Riverhead, led by the High School marching band and community members.

Following the parade, students gathered on the lawn of Pulaski Street School where they heard from local leaders and keynote speaker, Tijuana Fulford. The Town officially proclaimed it “Say No to Drugs Day” in all of Riverhead.

In addition to the march, activities took place over recess. Students had the opportunity to paint positive messages on rocks, in collaboration with the Riverhead Anti-Bias Task Force and participated in a “Chalk the Walk” with the Tobacco Action Coalition of LI, where they created colorful chalk-written messages to raise the awareness of the dangers of tobacco and vape use.